Tensions between Russia and Ukraine have risen over the past month, with several actions still unknown on which side. Fighting in eastern Ukraine is known to have resumed in early April, although a ceasefire has been reached.

Ukraine, of course, accuses Russia that the new clashes in eastern Ukraine are the work of pro-Russian separatists. Russia is reciprocally blaming Ukraine for terrorizing civilians in the region.

I will not go back in time and reflect on whether it is legal to annex Crimea to Russia in the distant 2017. My opinion has always been clear – Putin likes to brag about how Russia has never started a war on foreign territory as its great enemy. Still, at the same time, it is the only country in the world that “defends itself from foreign forces by capturing unfamiliar territory”?!?

The fact is that in early April this year, Putin for ten days, Putin sent nearly 150,000 troops on the border with Ukraine, military equipment, and “parked” at least 40 Su-27 and Su-35 fighters in the Crimea. The other dictator on the other side of Ukraine, Belarusian President Alexander Lukashenko, Putin’s puppy, did the same by sending troops along his border with Ukraine.

At the same time, US warships in the Black Sea received a warning from Moscow that any attempt by them to approach the shores of Russia (he meant the shores of Crimea) would lead to a conflict with Washington.

We watched this military-political game during the Cold War between the West and the East. The difference is that at that time, we did not have access to so much information, such as social media and freelance journalists, to show us what is happening outside of our ordinary daily lives.

Suppose you are still wondering if Putin is afraid of NATO and the United States in particular; the answer is a resounding no. The Russian is just set up that way. Russia’s history over the years has shown that this vast territory and the people in it are ready to accept the war in themselves, in their cities and villages, in their homes – without fleeing or hiding.

Does Putin have the weapons, technology, and necessary capacity to fight? Yes, on several fronts. But let’s not forget one basic fact – no one today is going against a country with nuclear weapons. Today, Russia is the second nuclear power after the United States. Any sane and objective person would understand that “barking and yawning” against Russia inflates muscle and dust in the eyes of the society in which the so-called statesmen, presidents, and all sorts of politicians.

Russia is currently provoking Europe and the United States. Call it what you will, but such an action is a known tactic in military action. You maneuver to see how your opponent will react.

Vladimir Vladimirovich does precisely the same. His reaction again led to chaos among NATO and US allies. If Russia can deploy an army of 150,000 troops in 10 days, the same cannot be said of the North Atlantic Alliance. Declarations, diplomacy, relocation of some soldiers from Germany to another place, say in Poland and others. Putin has already withdrawn most of his troops from the border with Ukraine, and the rest of the world continues to issue peace declarations. There is no logic, except in the fact that Moscow caught them in “underwear.”

However, Russia will not benefit from starting a war right now. With anyone. We saw what happened in Libya and Nagorno-Karabakh. Moscow sent its private army Wagner, but not a regular army, and there was such an opportunity.

This action by Putin can mean many things, but it must tell us something at the other extreme – Russia is entering an economic and political crisis. It has recently become clear that financial problems are why the serial production of the “Russian Pride” Su-57 fighter box. It is not clear whether this project will have the capacity to continue. And not only him – dozens of new weapon technologies are waiting in line to enter production. I don’t think it will happen soon.

On the other hand, Russian opposition leader Alexei Navalny is a thorn in the side of the United Russia party and its dictator Vladimir Putin. His every action, in this case, is under scrutiny. A murder in prison against Navalny will trigger a series of economic sanctions, excluding Russia from world trade and financial organizations. Russia will become an isolated country.

Russia is ready for war with Ukraine. NATO will not intervene, nor will the United States. But in the next 12 months, there will be none. There will be provocative actions from all sides; there will be “big and scary” words, but no steps. The problem is that today, now at this time, if Russia wants Donetsk and Luhansk in eastern Ukraine, no one can stop it. 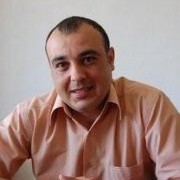 Boyko Nikolov
Boyko Nikolov is a professional blogger writing mainly in the international military defense industry and military-political relations. Feedspot ranks him and his website in the top 30 most read military bloggers and websites in the world for the last four years
Previous Article
Next Article

This website uses cookies to improve your experience while you navigate through the website. Out of these, the cookies that are categorized as necessary are stored on your browser as they are essential for the working of basic functionalities of the website. We also use third-party cookies that help us analyze and understand how you use this website. These cookies will be stored in your browser only with your consent. You also have the option to opt-out of these cookies. But opting out of some of these cookies may affect your browsing experience.
Necessary Always Enabled
Necessary cookies are absolutely essential for the website to function properly. These cookies ensure basic functionalities and security features of the website, anonymously.
Functional
Functional cookies help to perform certain functionalities like sharing the content of the website on social media platforms, collect feedbacks, and other third-party features.
Performance
Performance cookies are used to understand and analyze the key performance indexes of the website which helps in delivering a better user experience for the visitors.
Analytics
Analytical cookies are used to understand how visitors interact with the website. These cookies help provide information on metrics the number of visitors, bounce rate, traffic source, etc.
Advertisement
Advertisement cookies are used to provide visitors with relevant ads and marketing campaigns. These cookies track visitors across websites and collect information to provide customized ads.
Others
Other uncategorized cookies are those that are being analyzed and have not been classified into a category as yet.
SAVE & ACCEPT
Powered by